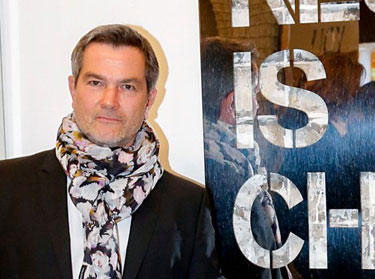 During the interviews that Marcel Duchamp gave to Georges Charbonnier in 1960, he told us that the work was created as much by the viewer as by the artist, incapable for his part of estimating the aesthetic result and the intrinsic value of his work.

The work undertaken in this direction by the use of texts rather than images sends a triggering signal to the visitor, gave him the intuition of what he sees, the assembly of a lime work confronted with the stiffness of steel helps to exacerbate the viewer’s reflection on the past and the present, man as the work being the sum of years, it is the moment when reason begins to see.

If we consider the work as a subjective reality, the question of creation is inverted, the viewer becoming the creator and the work a shared utopia.

If aesthetic emotion is deferred, the question of creation and mimesis is raised by this inversion. Delacroix tells us that a work momentarily condenses an emotion that the viewer’s gaze must revive or evolve.

The viewer can sometimes become an actor, so in the display of the “candy pieces”, a pile of candies erected by Félix Gonzales Torres, the visitor is authorized to take something back from the room, inducing that it will disappear if each visitor exercises this right, he must understand that his gesture contributes to the dissolution of the work. The viewer becomes not only an actor but holds a preponderant place because his interaction with the work determines the structure of the exhibition, referring visitors to their social behavior.

Present on the artistic scene since 1985, Joseph is influenced by all the symbols of popular culture, he is part of this new generation of prolific artists animated by a desire for dialogue in opposition to the radicalism of the 70s. work of his fathers this visual artist seizes all the mediums and diverts the old papers witnesses of our contemporary culture.

After studying architecture at the EDPI then graphic arts at the Ecole Sornas, Joseph completed his preparation at the Ecole des Beaux-Arts in Paris where he studied painting and drawing, soundilettantism leading him more often to survey the aisles of Parisian museums as the corridors of rue Bonaparte.

While the work of the New Realists, mainly Hains and Villeglé, fascinates him, it is his meeting with that of Antoni Tapiès that will prove to be decisive. He questions the question of the essential intervention of pigments and pastes as the only form of expression.

Joseph was born in Paris on October 22, 1961. He lives and works in the south of France. 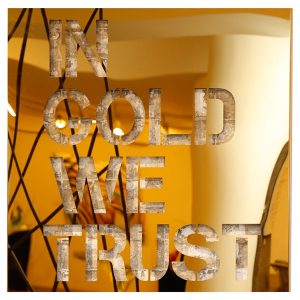 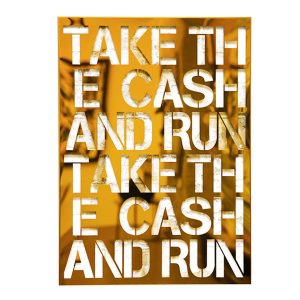