Apo Din was born and raised in Athens, Greece. At 13 years He won his first prize at a Pan-Hellenic painting contest (with the theme being the sea). At age 18 he ranked first at the entrance exams of VAKALO art and Design school in Athens .Then he entered the public college of Fine Arts. He has also attended painting and sculpture seminars in Paris and New York.

His love for nature and especially the animal kingdom is dominant in his work. Also his interest in natural sciences, technology and astronomy is obvious in many of his pieces because, as he points out, art is in a strange way compatible with science. His art is sharp intense and very distinctive, just like him.

Apo Din’s initial motivation was a package of clay his mother bought him when he was a child. He often uses metals to create works. “Human evolution is intertwined with metals” as he comments.

Many art magazines have embraced his work with enthusiasm and many collectors in Greece and abroad have acquired pieces of his work. 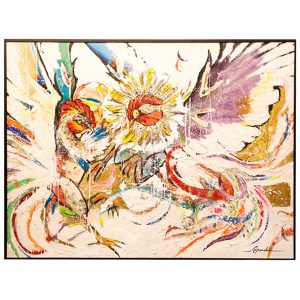 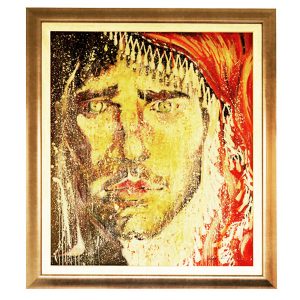